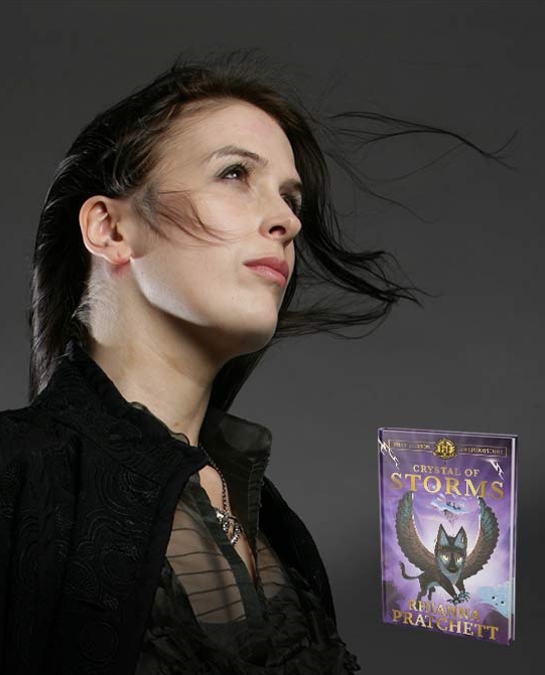 There are few entertainment fields that Rhianna Pratchett hasn’t written for. In her award-winning work for video games, she’s crafted titles such as Heavenly Sword, Mirror’s Edge, the entire Overlord series, Tomb Raider, Rise of the Tomb Raider and Lost Words: Beyond the Page.
In the world of comics, Pratchett has contributed stories for DC, Dark Horse, Dynamite, Marvel and Kodansha. Some of her favourite achievements in that field include creating an origin story for Red Sonja’s chainmail bikini and having Lara Croft fight bad guys on the London Underground whilst dressed as one of the Bennet sisters.
In film and TV, Pratchett has worked with Motive Pictures, Film4, New Regency, Complete Fiction, The Jim Henson Company and The Bureau. She is also co-director of Narrativia, the multi-media production company who control the rights to the works of Sir Terry Pratchett - her late father.
Most recently, she wrote the Fighting Fantasy novel Crystal of Storms. The first woman to do so in the history of the nostalgia-inducing franchise. She also co-authored the hilarious Campaigns & Companions: The Complete Roleplaying Guide for Pets.
Pratchett lives in London with her partner and two neurotic tabbies. She makes a damn fine tiramisu.