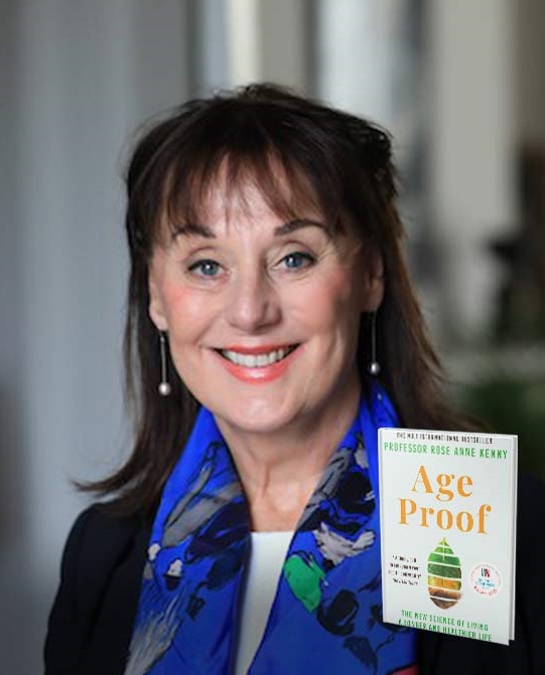 Professor Rose Anne Kenny, Regius Professor of Physic, Trinity College Dublin (TCD) holds the chair of Medical Gerontology at TCD and is the Founder and Principal Investigator of The Irish Longitudinal Study on Ageing, Ireland’s flagship research project in ageing where she leads a team of multidisciplinary researchers.
In 2016, she launched a new 120 bedded clinical research institute, the Mercer’s Institute for Successful Ageing (MISA) on the site of Ireland’s largest teaching hospital (St. James’s Hospital), where she is Director of a state-of-the-art dedicated falls and syncope facility – the largest such clinical model in Europe.
Prior to her present appointments, she held the Chair of Cardiovascular Research at the University of Newcastle Upon Tyne, UK, where she was Head of the Academic Department of Medical Gerontology for 12 years. She has been an advisor on the Technology Futures Exercise for the Irish Government’s Department of Business, Enterprise and Innovation and for the Irish Citizens’ Assembly on Ageing.
Prof Kenny has received a number of international awards and has published widely, authoring over 600 publications to date, amongst these, her recently published book Age Proof – The New Science of Living a Longer and Healthier Life.
In 2014, she was the first female physician to be elected as a Member of the Royal Irish Academy (MRIA) and is a Fellow of the Royal College of Physicians of Edinburgh, London and Ireland (FRCPEdin, FRCP & FRCPI), Fellow of Trinity College Dublin (FTCD) and Honorary Fellow Faculty of Public Health medicine (FFPHMI (Hon)). She is the current President of the Irish Gerontological Society (IGS) and in 2022 was nominated as the 24th Regius Professor of Physic.