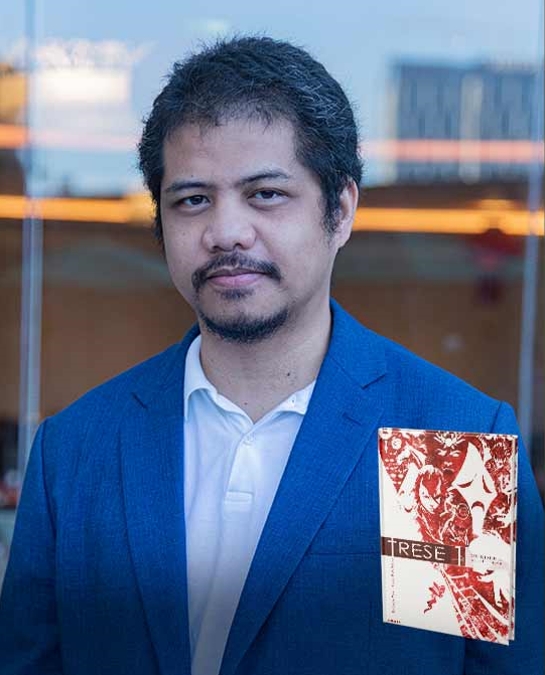 Jonathan 'Kajo' Baldisimo is the illustrator and co-creator of the award-winning comic book series Trese, the story of a detective unravelling criminal cases of the supernatural kind, which has won the Philippine National Book Award for best Graphic Literature of the Year in 2009, 2011 and 2012. Originally published in the Philippines, Trese is now distributed worldwide and was recently adapted into a Netflix animated series. It has also been translated into French and Italian.
Baldisimo studied at the Manila Science High School where he immediately realized that he is not a scientist but rather a very eager doodler of fun worlds and dark realms. He worked for local komiks publishers to maintain his addiction for books and worked in advertising to sustain his biological functions. He's a husband to a very understanding wife and a father to a kind son and twenty-one overly excited canines and six really feisty felines.
Baldisimo has created 'real' stories of his own that may never be published but he's happy that they were at least written instead of forgotten. Someday, he wishes to fully share these truths to the world and reach some level of enlightenment but for now, he's fully content to make things up for everyone's entertainment.