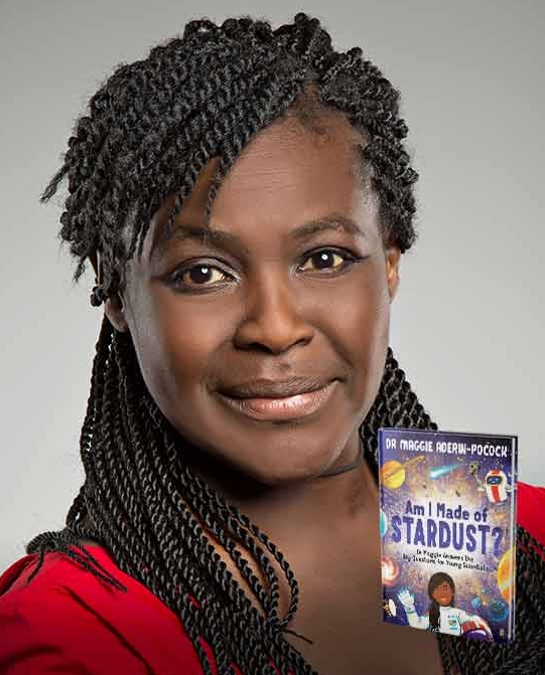 Dr. Maggie Aderin-Pocock (MBE) is a space scientist and pioneering figure in communicating science to children and adults. She is committed to inspiring new generations of astronauts, engineers and scientists.
Dr. Aderin-Pocock has spoken directly to over 350,000 people globally and, in 2009, was appointed an MBE for her services to science and education. She currently presents The Sky at Night and Mini Stargazing series on CBeebies. In 2016. she was nominated for a Children's Presenter BAFTA and she recently won the Institute of Physics gold medal for exceptional services to science education and physics communication. She is currently the President of the British Science Association.

Dr Maggie Aderin-Pocock: Am I Made of Stardust? Big Questions for Young Scientists!

Dr Maggie Aderin-Pocock: Am I Made of Stardust? Big Questions for Young Scientists!