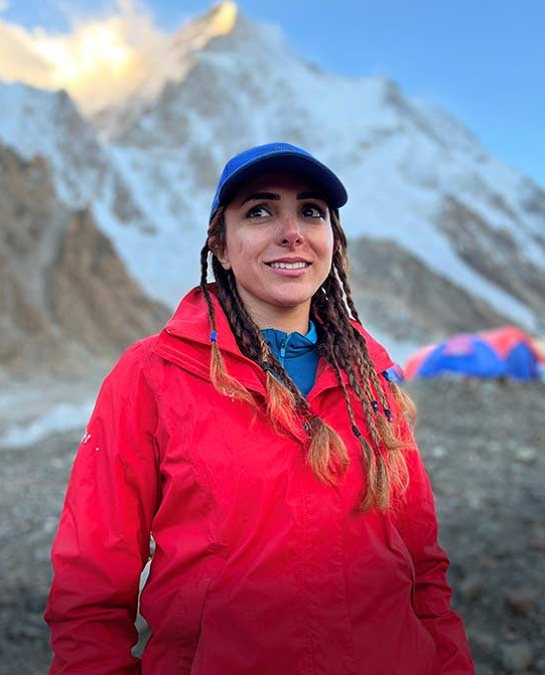 Naila Kiani is an aerospace engineer who worked in banking for most of her career. She has a degree in aerospace engineering from the University of London.
In addition, Kiani is a trained boxer and competed in amateur boxing championships and still trains for fitness.
Kiani began her mountaineering career a few years ago and now holds a few records. She is the First Pakistani woman to summit three 8000+ meter peaks in just one year: including Gasherbrum I, Gasherbrum II and also the formidable K2, the second highest and one of the most challenging peaks in the world.
Kiani lives in Dubai with her husband and her two young daugthers.