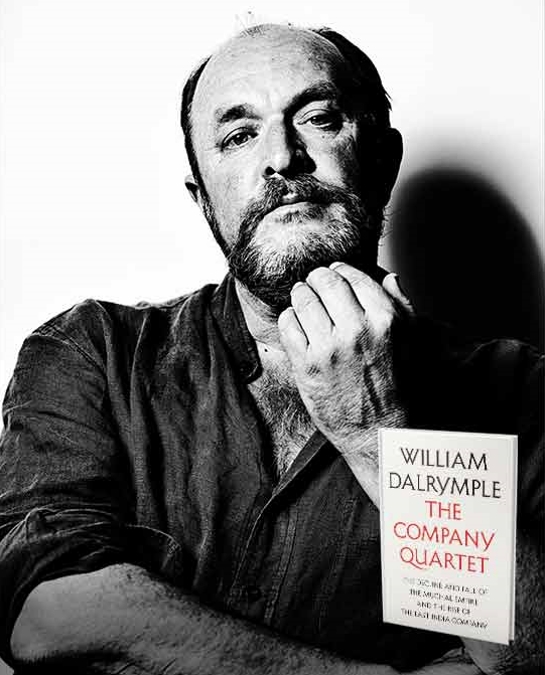 William Dalrymple is one of Britain’s greatest historians and the author of the classic In Xanadu, the Wolfson Prize-winning White Mughals and the Hemingway Prize-winning Return of a King.
A master of micro-histories, Dalrymple has turned his hand for the first time to macro-history in The Anarchy. A frequent broadcaster, he has written and presented three television series, one of which won the Grierson Award for Best Documentary Series at BAFTA in 2002. In 2018, he was presented with the prestigious President’s Medal by The British Academy for his outstanding literary achievement and for founding the Jaipur Literature Festival. Dalrymple was Historical Advisor to the major new ITV period drama, Beecham House, about the East India Company that aired last summer.
He has also curated an exhibition for the Wallace Collection, the first UK exhibition of Indian paintings commissioned by East India Company officials in the late eighteenth and nineteenth centuries, which will be on display from December 2019.
Darlymple lives with his wife, three children and his beloved flock of goats on a farm outside Delhi.