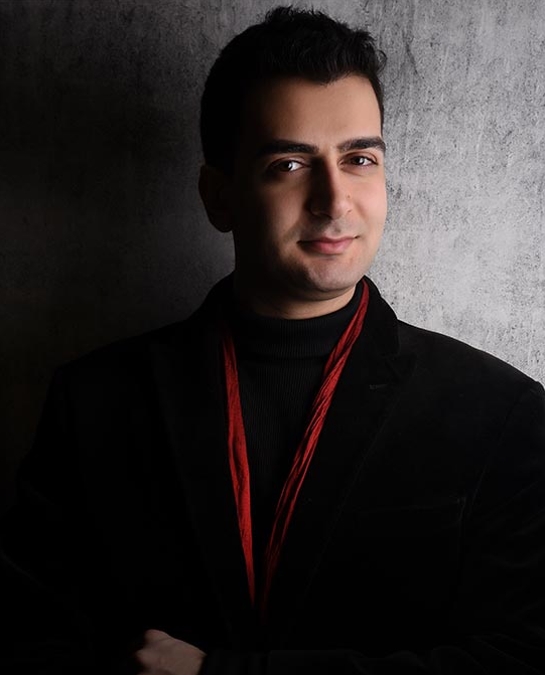 Riyad Nicolas is a Syrian British pianist. Born in Aleppo, he is one of the most exciting young artists to emerge from the Middle East, and has been praised by renowned musicians like Daniel Barenboim, Vladimir Ashkenazy and Uchida Mitsuko.
Nicolas made his first appearance as a soloist with an orchestra at the age of ten in Aleppo. Since then, he has performed with many orchestras including the Royal Philharmonic Concert Orchestra, London Chamber Orchestra at the Cadogan Hall, Emirates Symphony Orchestra in Dubai, the Syrian National Symphony Orchestra at the opening of the new Damascus Opera House. He has also given solo recitals in many prestigious venues like the Royal Albert Hall, Barbican, St. James’s Piccadilly, and Leighton House in London, as well as concert performances in venues like the Kennedy Center in Washington and Chicago Cultural Center, Yehudi Menuhin Forum in Switzerland and other performing venues in France, Spain, Germany, Holland, Malta, the GCC, Lebanon and Syria.
Besides solo performances, Riyad is also a keen chamber music player, and has performed regularly in duos with violin and flute, collaborating with artists including the flautist Wissam Boustany and the Violinist Levon Cilingirian.
Through music Riyad has been promoting peace and raising awareness for the plight of the Syrian people and performing for many organisations such as UNHCR, the International Rescue Committee, the Arab British Centre, Said and Asfari Foundation.