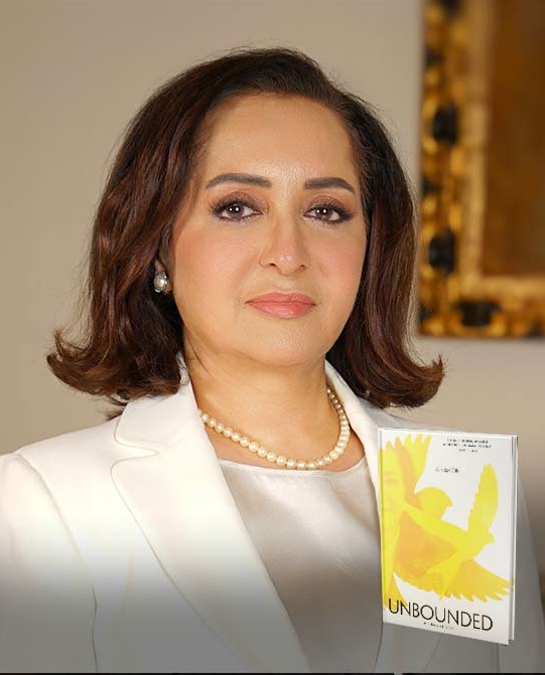 Huda Al-Ghoson spent 37 years working for Saudi Aramco, the world’s largest oil producing and refining company. She was the executive director of Human Resources, the first woman to achieve an executive leadership position at the company. Al-Ghoson holds degrees from King Saud University in Riyadh, and the American University in Washington D.C., and undertook executive training at Cornell University, Oxford University, and the University of Michigan.  She also sits on the board of directors and board committees of several organizations including BUPA Arabia, Saudi Telecom Company, Saudi National Bank, The Chopra Foundation, and The Hevolution Foundation.
Al-Ghoson was ranked by Forbes magazine fourth in its list of most powerful Arab women in the field of executive management. Arabian Business gave her the 2014 Arab Woman Award as one of the most influential figures in the energy domain. Moreover, she was named the Business Woman of the Year at the Arabian Business 2015 Achievement Awards, and honored with the Women in Leadership Award from the Bilateral US Arab Chamber of Commerce in 2016.  In 2017, she received the 17th Middle East Women Leaders Excellence Award from the Arab’s Women Council for Social Responsibility. She also received local and international recognition and achievement awards for her educational outreach efforts and women development programs.
Al-Ghoson published her memoir Unbounded in 2022 in both English and Arabic. The book is distributed throughout the Middle East, Europe and the US.