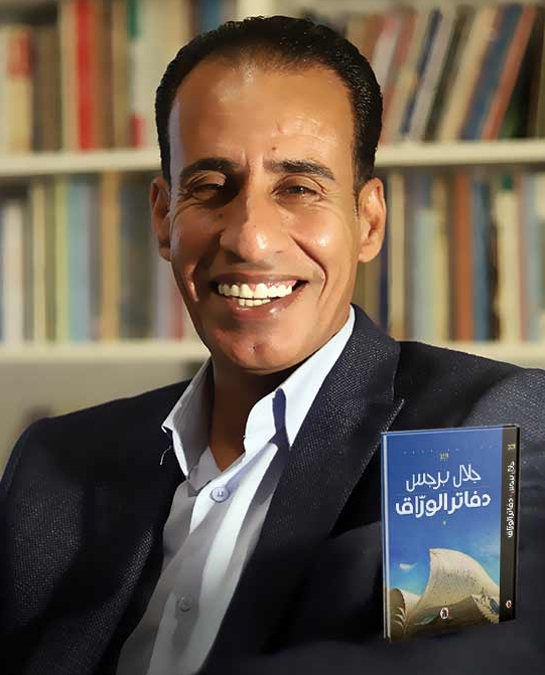 Jalal Barjas is a Jordanian poet and novelist who studied aeronautical engineering and worked in aviation industry for many years before shifting to the Jordanian press as an editor in the Al-Anbat newspaper, then as a reporter for the Al-Dustour newspaper, and as a member of the editorial boards of several magazines. He then returned to his first profession. In the late 1990s, he began publishing his literary work in Jordanian and Arab periodicals and cultural papers.
His novel The Snakes of Fire: The Love Story of Ali Bin Mahmoud Al Qassad won the Katara Prize for Arabic Fiction 2015. His novel Women of the Five Senses was longlisted for the 2019 International Prize for Arabic Fiction and his novel The Notebooks of the Bookseller won the International Prize for Arabic Fiction 2021.