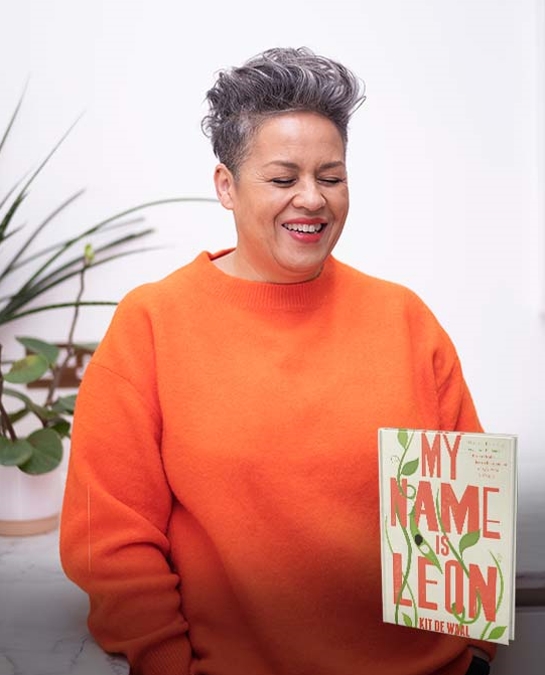 Kit de Waal, born to an Irish mother and Caribbean father, was brought up among the Irish community of Birmingham in the ‘60s and ‘70s. Her debut novel My Name Is Leon was an international bestseller, shortlisted for the Costa First Novel Award, longlisted for the Desmond Elliott Prize and won the Kerry Group Irish Novel of the Year Award for 2017. In 2022 it was adapted for television by the BBC.
Her second novel, The Trick to Time, was longlisted for the Women's Prize and her young adult novel Becoming Dinah was shortlisted for the CLIP Carnegie Award 2020. A collection of short stories, Supporting Cast was published in 2020. An anthology of working-class memoir, Common People was crowdfunded and edited by de Waal in 2019. de Waal founded her own TV production company, Portopia Productions and the Big Book Weekend, a free digital literary festival in 2020 and was named the FutureBook Person of the Year 2019. She is a Fellow of the Royal Society of Literature and Professor and Writer in Residence at Leicester University. Her memoir Without Warning and Only Sometimes was published in August 2022.