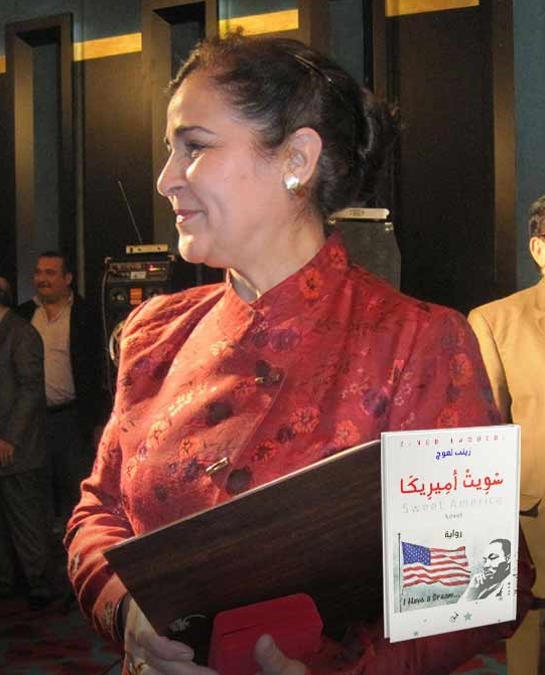 Zineb Laredj is an Algerian writer, translator and academic, who holds a PhD in Modern Maghreb Poetry from Damascus University. Laredj works as a researcher at the International Institute for Human and Social Studies in Paris, supervising a research seminar on women's creativity in the Arab and Islamic world. She is a member of the National Council of Arts and Letters since 2012, and a member of the General Assembly of UNESCO, representing Algeria since 2016.
Laredj participated in numerous Arab and international symposiums on creativity and intellectual and literary production, and produced cultural radio programs, most notably Last Night and Traveling Papers. Her latest novel is Yellow Hunger which was published in 2021.