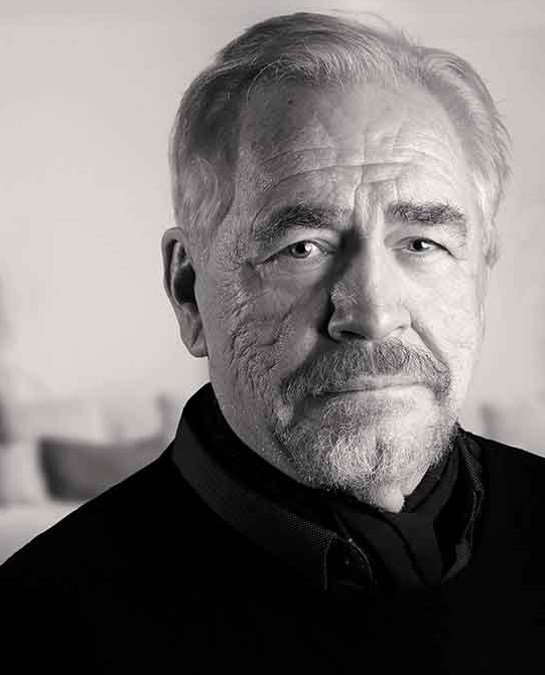 From Hannibal Lecter in Manhunter to media magnate Logan Roy in HBO’s Succession, Brian Cox is an actor of unparalleled distinction and versatility, but few know his extraordinary life story. Growing up poverty-stricken in Dundee, Cox lost his father when he was just eight and brought up by his elder sisters in the aftermath of his mother’s nervous breakdown and hospitalisation. After joining the Dundee Repertory Theatre (where he frequently ended up sleeping) as a teenager, you could say the rest is history – but that would overlook the enormous graft gone into making the legend.
Cox has played Titus Andronicus and King Lear with the Royal Shakespeare Company, and personified Churchill, Picasso, Nye Bevan, Stalin, J Edgar Hoover and Marlon Brando. He has worked with everyone from Gielgud and Olivier through a couple of Redgraves, Ian McKellen, Albert Finney, Peter O’Toole, Gary Oldman, Alan Rickman, John Osbourne, Spike Lee, Ken Loach and Lauren Bacall to Keanu Reeves, Brad Pitt, Scarlett Johannson and – erm – Steven Seagal. He has starred in blockbusters such as Manhunter, Braveheart, The Bourne Identity, The Bourne Supremacy, X2: X-Men United, Red and Churchill as well as – of course – playing the iconic Logan Roy in HBO’s global smash-hit series Succession.
His seminal autobiography Putting the Rabbit in the Hat is a rags-to-riches life story like no other. With no holds barred and plenty of laughs along the way, Cox shares his incredible rise to stardom and answers his own question: “How does a wee kid from Dundee get to be in films?”