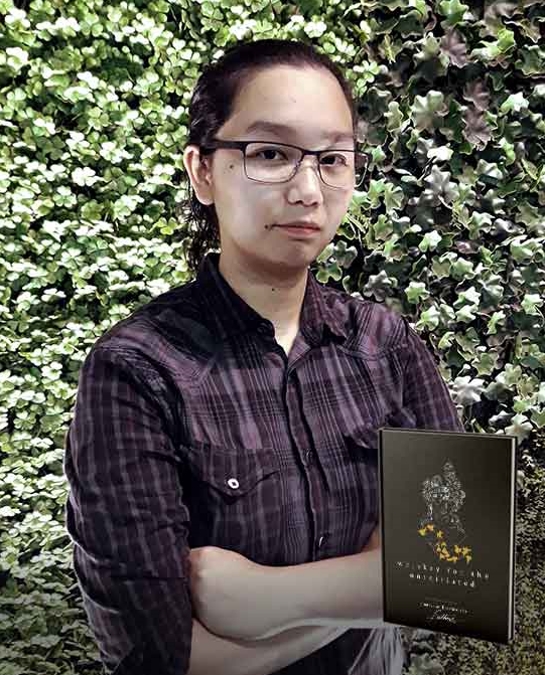 Pia Fajelagutan is an author, poet and illustrator who moved to the United Arab Emirates with her family in the late 90s. She received her Bachelors (Hons) Degree at Heriot-Watt University in 2014. She is an active participant and workshop trainer at the Abu Dhabi International Book Fair and the Al Ain Book Fair. She has also been a featured judge for poetry slams. In 2021, she released her debut book under the pseudonym Liethers. Her style and work are influenced by both Asian and European aesthetics, and they often explore themes of philosophy, identity, mythology and astronomy.

Analysis of Poetry in Music - Playing with Literary Devices: A Workshop with Pia Fajelagutan