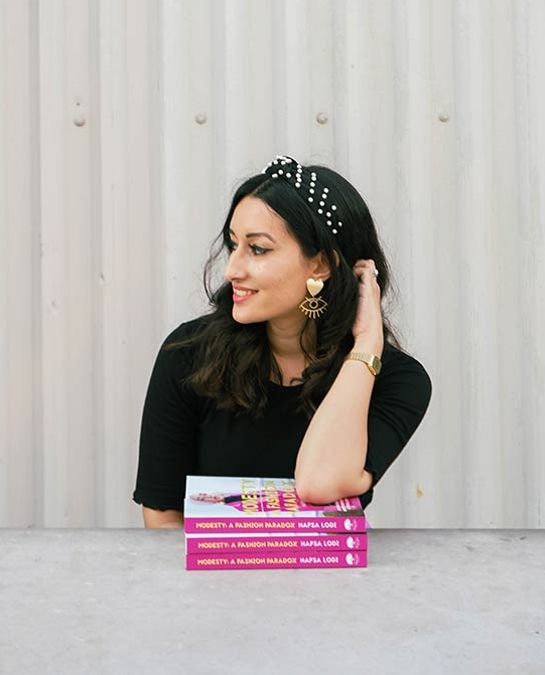 Hafsa Lodi is an American-Muslim author journalist who has been covering fashion and culture in the Middle East for more than a decade. She has a BA in journalism from Ryerson University in Toronto and an MA in Islamic law from SOAS, University of London. She writes frequently about the intersection of faith, fashion and feminism, and her work has appeared in the Independent, Refinery29, Business Insider, Teen Vogue, Vogue Arabia, Stylist, Glamour, The National, Luxury, Mojeh, Grazia Middle East, GQ Middle East, gal-dem and more.
Lodi’s debut non-fiction book Modesty: A Fashion Paradox, launched at the 2020 Emirates Literature Festival. It explores the causes, controversies, and key players of the global modest fashion movement from cultural, religious, political and feminist lenses. Harper’s Bazaar US called it “a well-researched and tender portrait of the politics and people behind a movement.”