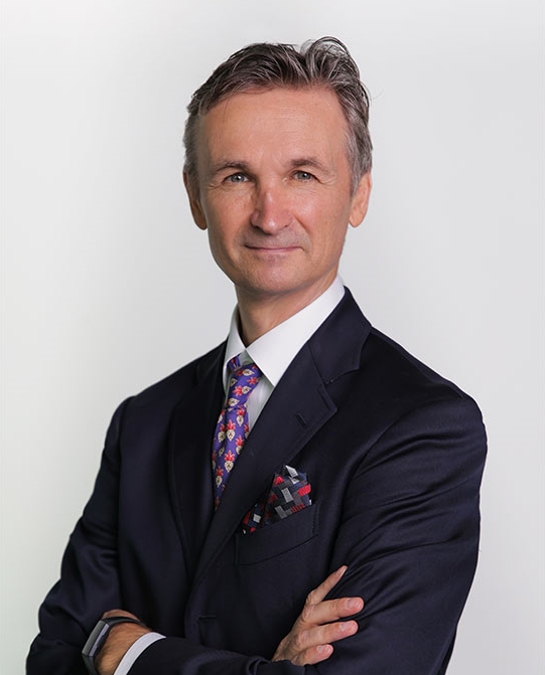 James Maughan joined Falcon as Director of the Dubai Business Associate Programme, the brainchild of its patron HH Sheikh Mohammed Bin Rashid Al Maktoum, Vice President and Prime Minister of the UAE and Ruler of Dubai, to bring talented young graduates to Dubai for a nine-month management training programme. He is a regular recruiter at leading universities around the world to attract graduate talent to Dubai. He is Chair of the Oxford and Cambridge Alumni Society in the UAE.
Prior to Falcon, Maughan enjoyed a two-decade career in financial services and educational publishing. He has been in the Arab world since 2009, residing in Lebanon for four years where he worked as Director of the regional joint venture partner of Pearson and later as a consultant and senior adviser to Falcon.
In 1995, Maughan completed his MBA at INSEAD Business School in France and later became the Swiss Alumni President from 2003-2008 during which he sat on the International Advisory Board and Swiss National Council of the School. He worked for 4 years with GE Capital in several countries til 1999 and then spent ten years as a Director of UBS in Switzerland. He started his career with Saudi International Bank after his MA degree in Economics from Cambridge University and soon after completed the JP Morgan Finance Program in New York.