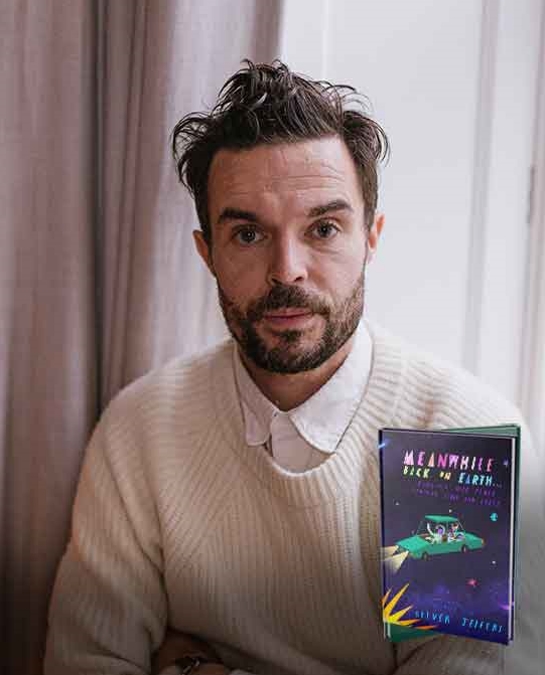 Oliver Jeffers is a visual artist and author working in painting, bookmaking, illustration, collage, performance and sculpture. Curiosity and humour are underlying themes throughout his practice as an artist and storyteller. While investigating the ways the human mind understands its world, his work also functions as comic relief in the face of futility. Jeffers’ engagements and practice are truly international in scope. His original artwork has been exhibited at such institutions as the Brooklyn Museum in New York, the Irish Museum of Modern Art in Dublin, the National Portrait Gallery in London, and the Palais Auersperg in Vienna. He has been the recipient of numerous awards including a New York Times Best Illustrated Children’s Books Award, Bologna Rigazzi Award, and most recently an MBE for Services to the Arts. He is the author of bestselling picture book The Day the Crayons Quit, There is A Ghost In This House, The Fate of Fausto, among many others. His 19th book, Meanwhile Back on Earth, was released in 2022, in conjunction with the public art installation Our Place in Space. Jeffers grew up in Belfast, Norther Ireland, where he currently splits his time with his studios there and in Brooklyn.

Oliver Jeffers: There’s a Ghost in this House

Oliver Jeffers: Meanwhile Back on Earth