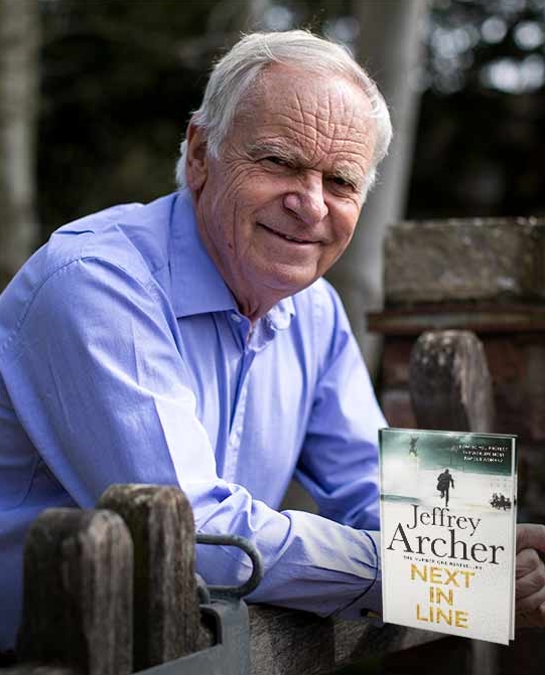 Jeffrey Archer has topped the bestseller lists around the world, with sales of over 275 million copies in 97 countries and 51 languages. He is the only author ever to have been a number one bestseller in fiction (nineteen times), short stories (four times) and non-fiction (The Prison Diaries). His latest novel, Next In Line, is the fourth of the William Warwick novels and was published in September 2022.
As a former politician, Archer has served five years in the House of Commons and 30 years as a Member of the House of Lords.
Archer is also an art collector and amateur auctioneer, conducting around 10 charity auctions a year, and has raised over £51m in the last 30 years for good causes.  As an athlete, he gained a Blue in Athletics at Oxford, was President of the University Athletics Club, and went on to run the 100 yards in 9.6 seconds for Great Britain in 1966.
He has been married to Dame Mary Archer DBE, Chair of the Science Museum Group, for 54 years, and they have two sons, two granddaughters and three grandsons.

Jeffrey Archer: Next in Line – Fact or Fiction?

Jeffrey Archer : Do You Want to Write a Bestseller?