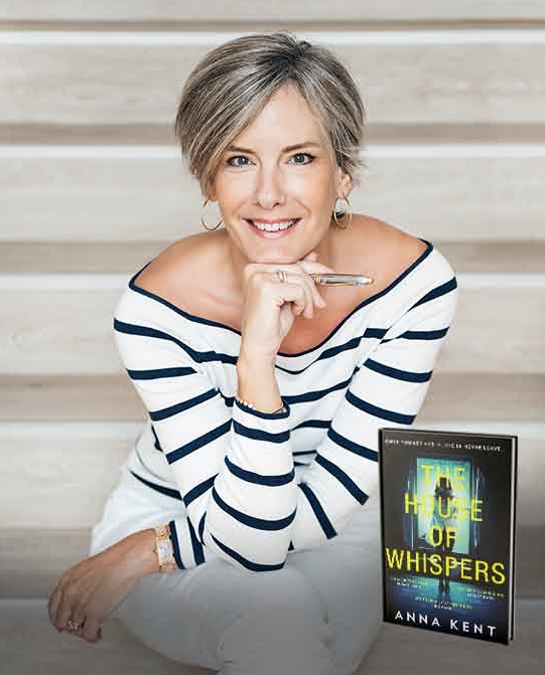 Annabel Kantaria won the inaugural Montegrappa Writing Prize at the Emirates Airline Festival of Literature and went on to secure a three-book deal, followed by a second three-book deal with HQ Stories at Harper Collins UK. She now has five novels published, with the latest, The House of Whispers, written under the pseudonym Anna Kent.
Kantaria is currently the resident writing mentor for the ELF Seddiqi Writers’ Fellowship; she also works as an editorial coach, teaches workshops on writing and editing, and speaks at various literary festivals. In 2019, she worked on a ground-breaking project with best-selling author Clare Mackintosh, in which the two authors worked as writers-in-residence inside Dubai Central Prison, coaching inmates to write their own work, which was published as an anthology Tomorrow, I Will Fly.
Kantaria has a BSC Hons in psychology from Warwick University and worked as a non-fiction book editor in London before moving to Dubai in 1998, where she took on the role of editor of the region’s leading woman’s magazine, Emirates Woman. Between 2010 and 2015, she wrote the popular Dubai-based Expat blog for the Telegraph.

The Novel Checklist: A Masterclass with Annabel Kantaria